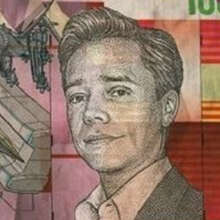 Brock Pierce is a venture capitalist and serial entrepreneur best known for pioneering the market for digital currency. He is a founder and Managing Partner of Blockchain Capital the Manager of the Crypto Currency Partners funds. Blockchain Capital has invested in more than 30 blockchain enabling technology companies. Pierce is also a founder, advisor, or board member of GoCoin, Tether, ZenBox, Blade Financial, Expresscoin, Noble Markets, BitGo, ChangeTip, BlockStreet, Coin Congress, and Plug and Play. He is a sought-after commentator on the Bitcoin economy and was elected to the Bitcoin Foundation Board in 2014. Pierce is the city leader of BitAngels Los Angeles and runs an AngelList top 10 Syndicate. As an entrepreneur Pierce raised more than $200 million for the companies he founded and led more than 30 acquisitions throughout his career.

Pierce’s entrepreneurial activities have been focused in the areas of digital currencies like Bitcoin, gaming, payments, and ad tech. He is the founder of IMI Exchange, the worlds leading digital currency marketplace for games with sales exceeding US$1 billion annually, which raised over $100 Million from blue chip investors such as Goldman Sachs and Oak Investment Partners; ZAM, one of the world’s largest media properties for gamers with more than 15 million monthly users which was sold in January 2012 to Tencent; IGE, the company credited with pioneering the market for digital currency in online games, which generated $100 million in revenue in 2006 and was sold in early 2007. He is also a founder of Playsino, Five Delta (Sold to OTCBB: SCRI), Evertune, GamesTV, and Digital Entertainment Network.

Pierce is also an active supporter of non-profit and advocacy organizations and is a member of Clinton Global Initiative. He has also been a guest lecturer at the Milken Global Conference, Singularity University, Stanford, USC, and UCLA.